The Impact of EMV on Credit Card Fraud

In a modern age that demands fast-paced transactions, most people have at least one debit or credit card they use for everyday purchases. This convenience has all but eliminated the use of checks and has vastly reduced the use of cash. But the same technology that makes daily expenses easier to pay has also been the target of scammers. Enter EMV fraud prevention, a new type of security introduced in 2015 in the United States.

EMV stands for Europay, Mastercard and Visa. The fraud prevention technology was created by these three companies and introduced in 2011. However, most people are more familiar with its more informal name: the chip card.

What Does EMV Do?

A traditional magnetic card contains several pieces of information needed to process a transaction, such as:

All this information is static, which means that when scammers get ahold of it, they don’t have to worry about their data becoming outdated. They can wreak havoc until the fraud is flagged by your financial institution and an entirely new card is issued.  By contrast, EMV fraud prevention generates a unique code for each transaction.

How Has EMV Use Affected Credit Card Fraud?

About 50% of stores in the United States now have chip-readers. As a result of the move to EMV fraud prevention, counterfeit fraud has decreased over 70 percent. This is a product of two-fold security. First, scammers cannot obtain the card data needed to print counterfeit cards. Second, they cannot use printed cards at locations that have a chip reader, since they are unable produce EMV chips themselves.

We specialize in integrated payment processing, and are dedicated to bringing our partners the resources they need to process customer transactions securely. 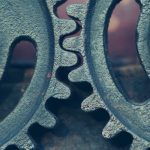 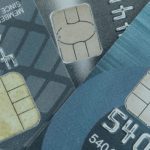