It’s been several years since the EMV liability shift.   Has the adoption of EMV payments made a difference in fraudulent transactions?  Identity theft has been an increasing problem since the onset of the digital age, and thieves have been targeting credit cards since the beginning. While plastic payment is still the dominating force in the retail marketplace, the advent of chip technology has made it a much safer option for stores and consumers alike. In fact, EMV payments have the magnetic strip quickly becoming as obsolete as a floppy disc.

The EMV chip, named after the founders Europay, MasterCard and Visa, is a marvel of modern purchasing thanks to a microprocessor as thin as a fingernail. Through dynamic and static data transfer, these chips code transaction data in such a way that skimming (or stealing financial information) is impossible.

According to a December 2017 Visa Chip Card Update, an estimated 96% of payments are being made using chip-enabled cards.  This increase in EMV payments has caused counterfeit fraud dollars for US merchants to decline by 46%.  Although there will most likely never be 100% merchant adoption, if only 4% of Visa payments are being made with a magnetic strip, that’s pretty good!

Shimming is the New Skimming

As security tech increases, the resourcefulness of fraudsters isn’t far behind. Magnetic strips are woefully unsecured thanks to fake card readers, and though the same is being attempted for EMV chips, it has been largely unsuccessful. Criminals are attempting to steal chip data with a process called “shimming,” or installing wafer-thin microchips into readers which collect data until retrieved at a later date.

As it turns out, EMV purchases are ahead of the curve. The data collected is utterly useless when attempting to replicate chips due to dynamic data transferred during use. While magnetic strip information can still be stolen, retailers that use EMV chip readers are protected from such fraud.

The only way to really combat fraudulent transactions is to have the technology on hand that keeps criminals at bay. Paragon Payment Solutions is ready to supply you with the tools you need for your software to accept EMV payments. 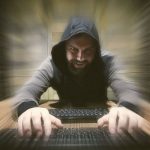