The payment processing industry has come a long way. Possibilities for its future are vast, but they involve some form of payment integration. Today’s integrated payment systems already do a lot, with offerings that streamline mobile functions, customer relationship management, payroll, accounting and other critical business systems.

In the early 1970s and before, customers handed over cash. Retail personnel jotted down notable information about the purchases and placed the cash into a cash register (or a box or some type of storage unit). Only hours later would the cash amount be entered into an accounting ledger. Some businesses, particularly small businesses, function similarly today.

Gene Mosher, owner of the Old Canal Cafe in Syracuse, New York, devised a POS system in 1980 that ran on Apple II. It could do these things:

The system required a 65-foot-long cable running between the computer and the kitchen. It worked well, but Mosher was not content to stop there. In 1986, he rolled out a color touchscreen POS system called ViewTouch. It worked with the 1985 Atari color computer.

Software providers were able to easily add payments to their applications via hosted payments or an API.  Integrated payments and POS systems simplify so many functions that they can seem overwhelming. That’s especially true for new businesses. Get in touch with Paragon Payment Solutions today to ease your pain. 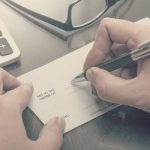 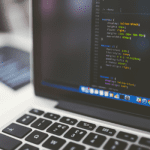